7a: Developing a Communications Strategy; Building Stakeholder and Community Engagement

The EBDM Initiative seeks to create a set of conditions under which harm and risk reduction are realized to their true potential. Agreement on a systemwide vision and methods to assess its achievement, collaboration at the policy level, and careful analysis and application of the research in ways that ensure evidence-based decision making and practice are all important but insufficient to the achievement of desired outcomes. Without the understanding and “buy-in” of stakeholders—both within the system and, as importantly, in the public—change of the order described in the Framework is unlikely to take root and flourish.

Broadly, the purpose of developing a communications strategy is to facilitate understanding of, and support for, evidence-based decision making policies and approaches. The specific aims of a jurisdiction’s communications plan include the following:

This document was developed for EBDM policy teams (and/or their work groups) to advance their efforts to engage stakeholders—both internal and external to the justice system—in the EBDM Initiative and in jurisdictions’ broad harm reduction goals.

To begin, consider the following questions to ensure a thorough understanding of the place from which your communications planning effort is starting: 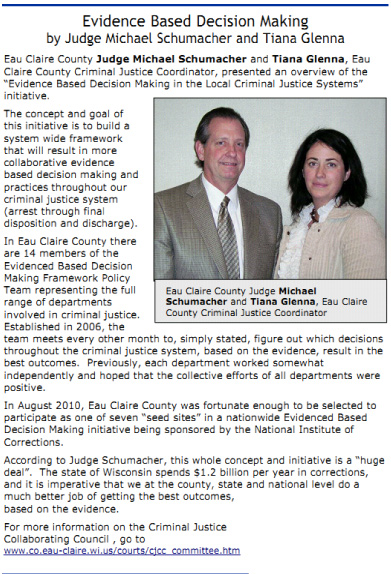